Karen A, of Northville, was very confused one day as she started making breakfast before the kids got up. A trail of ants seemed to have formed a line from the sliding glass door, across the kitchen counter, walking along the granite backsplash, all the way over into the pantry. “Where are these ants coming from,” she thought.

This confusion is common in southeast Michigan, especially between March and May. Although there are many different types of ants, the species that enter homes form their colonies in two different places around your dwelling. 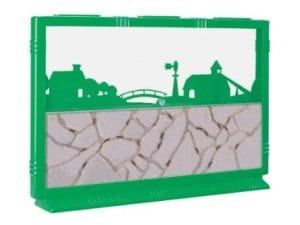 Locating the colony or the ant nest is not always possible but understanding where the ants are coming from is helpful in knowing how to control them. Ants seen inside the house either nest in the soil immediately around the foundation, or nest in the wood beams of the home itself or other decaying wood around the home.

Most of the ants seen around homes nest in or near soil.

You may remember those ant farm kits that show how ants tunnel in the sand and commence building their nest. If it were possible to cut a vertical line through an ant nest around a home, a similar tunneling system would be visible.

If the ant species in the home is of a “smaller” variety, then it most likely nests in the soil.

Although smaller ants are more common in the Detroit area, the Eastern carpenter ant also shows up quite often.

Carpenter ants are very large, growing almost to an inch in length. Instead of living in the soil, these ants hollow out the inside of wood to build their nests.

If carpenter ants are seen inside of the home, they will generally congregate in the lower half or in the basement area where there is plenty of moisture. Many times carpenter ants build their nest close to kitchen or bathroom plumbing where they can easily access water.

One way to identify a carpenter ant infestation is to find the “frass” they leave behind. Frass is a mixture of the wood shavings, insulation, and bits of dead carpenter ants. It looks like sawdust and once you notice this, clean it up and see how long it takes to form again. If additional frass appears within a few days, you know you have a problem.

Many people aren’t proactive when preventing carpenter ants. Even when a home has a severe problem, usually only one or two random ants may be seen out in the open. When folks see one ant wandering around, many of them pass it off as “not a big deal.”

However, carpenter ants, unlike smaller ant species, usually travel around alone and not in defined “lines.” If a carpenter ant is seen around your home, you can assume there is a nest nearby and treatment is absolutely necessary.

Next time you see ants, try first to detect whether they are carpenter ants or a smaller ant species. From that simple identification, the location of the nest will be much easier determined.